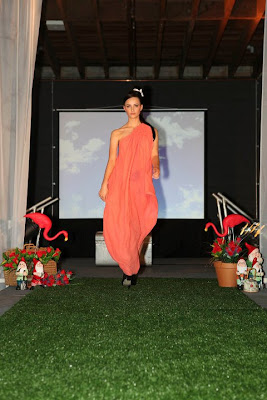 You would have all by now watched Alice In Wonderland, either the original cartoon interpretation of Lewis Carroll's tale, or the new Tim Burton rendition. Did you not find yourself wanting to be in Alice's shoes? Did you not dream of Wonderland? Did you not think of rabbits and watches? I know I have done many a time, and by the looks of it so have the people behind the Frock It Fashion Party at Lightspace last Friday night. It really did feel like I was about to chase delightfully dressed models down a rabbit hole into this magnificent world. My own rabbit with a pocket watch... was a selection of models in pieces from The Fleet Store, which is sadly closing in two weeks.

Frock It was not just about clothes, but the clothes were so interesting and gave me quite a few talking points with those around me. I feel that for many of the pieces you would definately need undergarments as they were incredibly sheer. 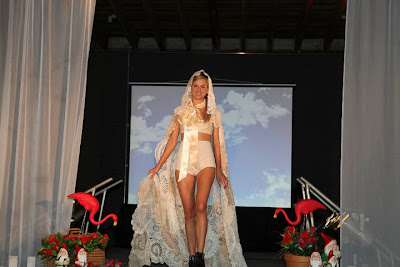 I fell head over heels for a vintage inspired bone white cape! (above) By falling in love I mean to say that as soon as I saw it I began picturing myself in the piece, and what I would wear with it, how I would wear it. You get the picture.

There were also some amazing coats exhibited, in black, red and white. The hair and makeup was delightful with top hats made from what appeared to be hair extensions fastened on top of the model's heads. 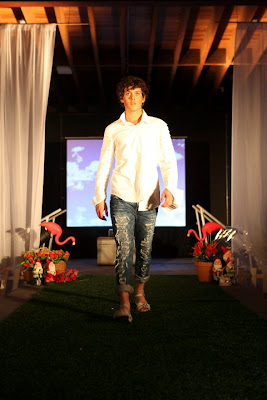 Clothes. Clothes can be wonderful, but the night was not about clothes! It was about art! It was about vision! It was about passion! As soon as my friend, the lovely Camellia Ramdhan, and I walked into Lightspace (the valley) I became mesmerised by the place. It was decorated with little cranes hanging from the ceiling, a green carpet walkway sat before my feet and artworks were scattered around us; by Brisbane artist Clare Cowley of the Stella Gallery.

As for the show, it began with a dance routine by two dancers from my old dance studio the Mad Dance House. The routine seemed very unorganised and freestyle, which I feel it made the performance drag. It felt like they were dancing until given the signal that the models were ready, not that they were dancing for the audience. Personally, choreographed routines are so much more entertaining. 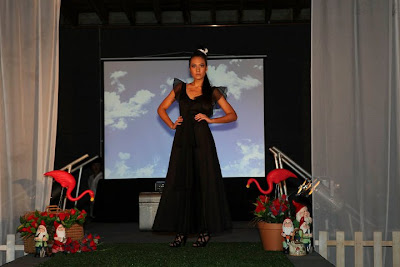 The guests, just like the clothes and makeup, were mesmerising. Some of the trends I saw in a large capacity were definitely this season's soft pastel florals, alot of black lace and plenty of flowers. Flowers were everywhere; on dresses, in hair, on shoes, on handbags. Personally I wore a long sleeved lace dress from Dotti with a gold chain and rubi shoes heels. I thought it was an elegant choice, and with the cold rain and wind, wise aswell.

I must say I was impressed with the evening, leaving with a smile on my face and my heart full of envy of such stylish people. 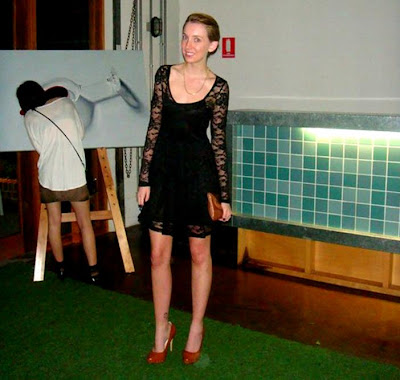