One to Watch: Brooke Jamieson 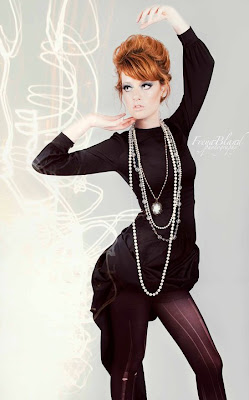 Brooke Jamieson, is fairly new to the modelling scene, having only moved to Brisbane from small country city Mackay (north of Brisbane) at the beginning of this year. She orginally moved to pursue a career in engineering, but has since moved on to Business Management, alongside doing a multitude of modelling shoots. Her modelling experience so far has been mostly volunteer or favors for designers and photographers, but she aspires to more further on and go overseas with her 'look'. She's not the tallest model, but she definately has a gorgeous figure, having fourteen years of dance experience under her belt.

The first time I met Brooke she had just come from a dance class and was in gym wear, though there was a certain glow that took over her; she is so full of life and confidence. The second time her hair was slicked back to match a more casual corporate look she was harbouring with lovely high heels; something of the gladiator region. As for where she shops, she regularly buys second hand pieces and alters them to suit her own personal style. I got the chance to ask her a few questions about modelling, fashion, and of all things, mathematics! This girl is smart! Watch out girls and guys, Brooke Jamieson is about to take over your inspiration boards! - I know she's already on mine. 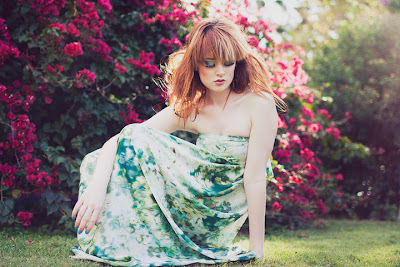 1.You're reasonably new to the business, when did you first take up modelling?
“I was at the hairdressers for my school formal in Mackay, and they asked if I’d like to do a photo shoot for an upcoming local hair show. I was blown away by the photos, and apparently so were the judges, because my photo won first prize.”

2. How did you get into it?
“I moved to Brisbane for uni this year, but I really wanted to pursue modelling further, so after I got knocked back by a stack of agencies I decided to get more experience. I met other people in the industry, and started applying for test shoots. Also, I wanted a ticket to the Religion of Fashion Tea Party, but couldn’t afford it, so I asked the organiser [Zoie Mayne] if I could model for the show, which turned out to be great exposure and experience.”

3. What do you like to do when you're not having your photo taken in beautiful clothes?
“When I’m not at photo shoots or class, I love to listen to Josh Pyke, Florence and Four Year Strong while I ‘blog stalk’ and find new concepts, themes and ideas for shoots. I’ve got no other formal training for modelling, apart from 14 years of dancing, so learning from other models is really inspiring.”

4. Who is your style inspiration?
“I wouldn’t say just one person or designer; Alexa Chung, Rumi Neely, Erdem, Valentino and Siri Tollerød all have a bit of influence.”

5. How would you describe your style?
“My style has a fairly defined aesthetic, which I’ve found to be similar to that of the blog Kisses and Cross Stitches over the last few months. Architectural things, as well as chiffon pleating make my heart sing, and I’m always in love with florals, lace, frills and bows.”

6. What are you enjoying right now in fashion?
“Wedges with ankle straps that cross at the front. I know I'm being specific, but at 5’9” I'm almost short by model standards, so shoes that make my legs look like they go on forever are always lovely.” 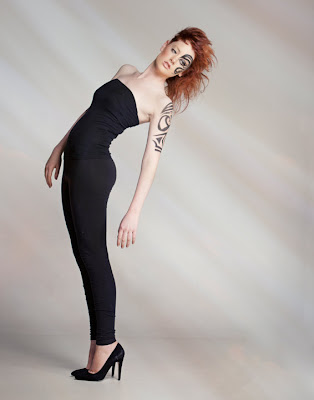 7. Are you a brands girl or a bargain queen?
“Most people in Mackay (my hometown) tend to associate fashion with a brand label, especially guys, and they think they are the absolute bee's knees if they get around in a shirt that says unit in big letters. Then this rubs off onto girls and before you know it, there is a swarm of slogan printed t-shirts, and people think they are being fashionable because they are being a walking billboard for a brand. Brands aren't fashion, yet we would fork out so much for designer outfits, if we had the chance. If fashion is a look, and that extra little bit of confidence, why don't more people sew for themselves? People spend so much money to wear a certain designer, but making their own clothes or altering recycled clothes, using their own style, that is really fashion. (laughs) So sorry about the rant, short answer is that I mostly op shop at Wynnum.”

8. Where do you see your modelling going from here?
“Ideally, I’d love to have an agent by the end of the year. I have never been paid for a shoot, and not working at Target anymore would be great, but most of all I look forward to overseas travel with my career. I don’t really look like an Australian model, so I think my look would be better received in the European market.” 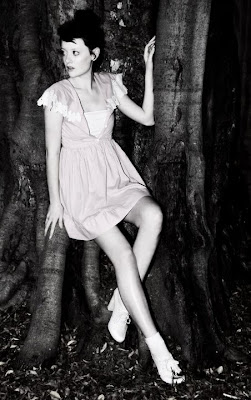 9. What is your most favourite item in your wardrobe at the present moment?
“It would definitely be my pink and white ‘church dress, that I wear backwards and I altered the neckline, because it was the best $2 I've ever spent, and I love the transformation.”(above)

10. What do you find more fun; maths or modelling?
“ I'm actually doing Business Management with Math this semester, because Engineering just didn’t feel right last semester; but modelling and mathematics are actually fun in similar ways. I love the beauty of mathematics, and the way it flows, and I also love modelling most when I have established a rhythm at a shoot and can easily flow between looks. Also, both are challenging, math for obvious reasons, but working well with lighting and shape at a shoot also takes a great deal of thought and practice. Most of all, modelling and math are enjoyable in similar ways because of the final satisfaction and pride when you at long last finish a mathematical problem, or see the edited photos from a shoot, which makes all the hard work and efforts worthwhile.” 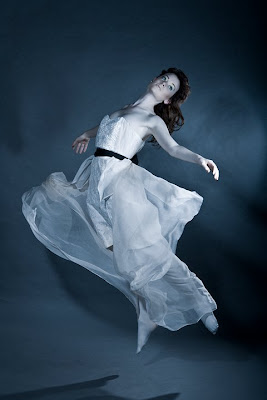