Wearable Art For Us 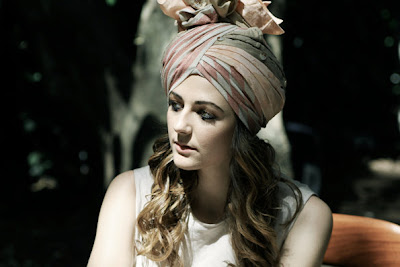 So in September I had the pleasure of meeting Marc Close of Raracurio, who was in the midst of completing his production “For Us By Us”. Along with Vegas Spray, 24 design students from Queensland University of Technology, six artists, the Brisbane City Council and the Salvation Army, Close was able to produce a one of a kind fashion/art collaboration. Over a period of six weeks the design students took a concept from one of the six artists and created unique runway pieces from material of preloved clothes (donated by the Salvation Army). Once the pieces were completed a short film was made to capture the pieces; the way they moved, the way the textures illuminated the body, and the utility of each piece.

On Friday night I ventured to the Tribal Theatre on George street for the premiere of the short film, as well as a documentary on the process of the collaboration. Instead of entering via the public entrance the guests and I headed down an alleyway next to the theatre which led us into a land of statues of Buddhas, bali flags and soft whimsical music. This was unusual but made it feel extra special. Sure they didn’t have a red carpet or a press board, but these days it pays to be different and think outside the box. 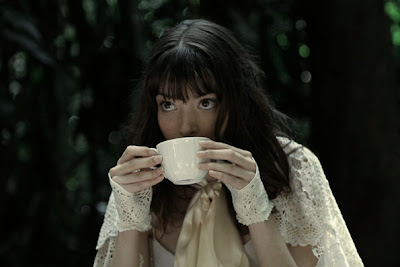 I could not help but notice that the crowd was filled with fashionable pieces, mostly in black hues. There was a Salvation Army representative, to designers, to models, to students which I found to be rather impressing. A variable audience means you need to please a wider variety of people. This piece was not just about art, it was not just about fashion, it was about a relationship between the two and the studies of both.

I spoke to Close briefly before the screening and was in awe of how calm he was. I had pictured this man hunched over chewing his finger nails and shaking his legs; or at least bounding up and down the hall way making sure everything was going according to plan, or at least close to.

The film featured models such as the lovely Samantha Hofmeier and some of the most amazing outfits I have ever seen! These were designed my students! STUDENTS! The doiley cape of which I have spoken fondly of recently was designed by Stefanie O'dea. The short film would have probably been about four or five minutes in duration, though the documentary was much longer. It was a very laid back documentary, people appeared very unscripted and spoke their minds. Some of the people involved believed Brisbane lacked culture, others thrived upon the concept of Brisbane as a cultural centre. It was an interesting look at the theory behind fashion and art. I look forward to seeing what Raracurio & Vegas Spray come up with next.