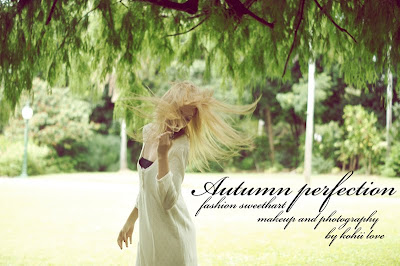 Missy Kohii Love, a vegan photographer living in Brisbane, opened up to Fashion's Sweethart yesterday at our very special photoshoot. I was photographed in this delightful knit dress from Free Fusion, with no foundation and very little other makeup. Kohii told me all about her plans to move to Melbourne, her photography, and being vegan. 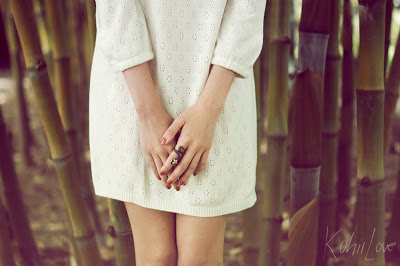 1. So Miss Kohii, how long have you been
interested in photography for?
It was when I lived in New Zealand. I was in grade ten. I used my dad’s old fashioned digital camera and I took photos of my friends at school, and we did videos with little adverts. Then my dad decided we were moving to Australia, which I wasn't happy about to say the least, but it led on to me going to school at Pine Rivers high where I could do photography.

2. What do you see your photography as? What is your vision?
I like to keep my, (she hesitates) well I sort of want to talk to you about natural beauty. So it’s basically, I want to keep my work as raw as possible though I do minimal touch ups and I like to play around with colours to create a certain mood. I think my work has sort of vintage retro 80s, 90s sort of feel. Each series has a story. Most of the time it’s very subtle but I’m looking at starting to adapt that to a chain of work which is very attention grabbing, and in some ways controversial. I believe I am going in a different direction from the other photographers with my work. 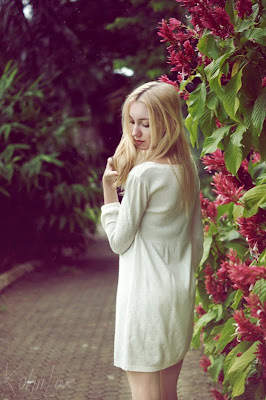 3. You’re moving to Melbourne later in 2011,
what does Melbourne have to offer Miss Kohii?
I feel Melbourne has more to offer me than Brisbane. I have been living in Brisbane for six years and quite simply I’m sick of it. It’s a beautiful city but I need fresh scenery. It’s kind of like I’ve used what I can here, it’s time for something new. I also want to open up a café, but I can talk to you about that later on.

4. How has being vegan affected your life, as well as your art?
I don’t like this word affected as it’s a choice. Most people don’t understand how important this life choice is. I usually do my own makeup and styling for shoots as so many people don’t understand and get confused when it comes to what is vegan and what isn’t. I have therefore become somewhat of a one woman team. Most people don’t get that most of the makeup on the market has been tried and tested on animals. It’s really not all that difficult for me personally but people’s lack of knowledge at times does make it that little bit difficult. There’s more to it, but I’ll save your time. 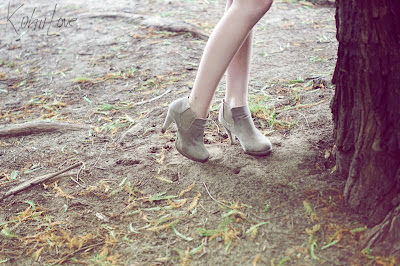 5. Most unforgettable experience behind the camera?
When I was studying at tafe I organised a shoot where I did makeup, hair and styling. The concept was about humans polluting the planet, the models symbolised flowers. They were wrapped in plastic which basically was like being soficated by the waste we’re dumping on the planet. I was really proud of what the models brought to the shoot and how I did everything.

6. What will you be wearing this winter?
Definitely not anything a human or animal had to suffer for! I don’t plan ahead, it just happens. I wear whatever I want whenever I want. In saying that I do have some cute hats and scarves I want to get out of the closet. 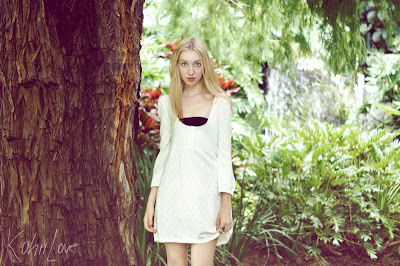 7. Where do you see your photography taking you in the future? Any goals or aspirations you would like to share with us?
Recently I have decided I don’t want to make a living off photography. This is simply due to me not wanting to use my photography to promote unvegan clothing, and clothes that are made in china. I feel very strongly about both animal rights and human rights. Of course if people approach me and the business is fairtrade and vegan I would be more than happy to work for them, but otherwise I am going to be persuing my own passion for photography. Also, I would like to open my own vegan café in Melbourne, which includes a gallery and live music. It is going to be awesome. I’d love to have my own bed and breakfast too. I am still planning this, so it won’t be in the near future, but fingers crossed it will happen. I’m also currently getting tshirts with my photographs printed on them ready to sell to the public.