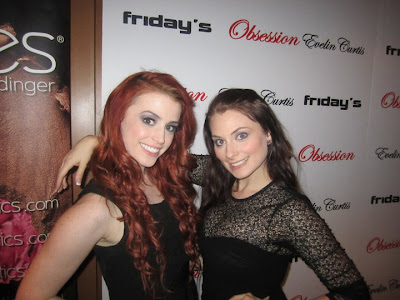 Designer Lexi Wittke made waves in Brisbane recently with her very first fashion show "Obsession" hosted at Fridays Riverside, and that's only the beginning with a new show in the works for this November (more details to become available shortly). We got the chance to sit down with Lexi and talk all things sweet about her label, fashion show and future aspirations;

2. How was the feedback after the first Obsession show?
The feedback was incredible, everyone who participated felt that it was massively beneficial to what they are trying to achieve in their careers and the team got along so well. Everyone is excited about the next show, which is fantastic as I won't need to look for a new team. The venue coordinators were pleased with the turn out and are looking forward to the next Obsession.

3. When did you start designing clothes?
I have been making clothing since I was a little girl but only officially launched Evelyn Curtis in 2010.

4. What are you inspired by?
I am inspired by so many different things, but I spend a lot of time in op shops, fabric shops and flipping through fashion books and magazines. I try to get around to as many different styles of shops as regularly as I can as it tends to trigger my imagination. A lot of the time I see a fabric first and then imagine what the fabric should be treated to and what it deserves to become. 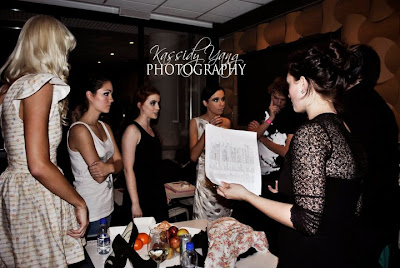 5. What are your future aspiration in the fashion industry?
In the future I hope to have my label as my sole occupation, I would like to take Evelyn Curtis nation wide, but I know that's a long way off.

6. If you could go anywhere for a vacation, where would you go and what would you do?
Paris definitely, I would love to explore the sites and play tourist for a while, then I would shop my socks off!

7. What is the sweetest thing about you?
The sweetest thing about me would definitely be the people in my life, my friends and family make my world spin around and I'd be lost without them, you can't get much sweeter than people willing to put up with the noise of a sewing machine at 2 o'clock in the morning.