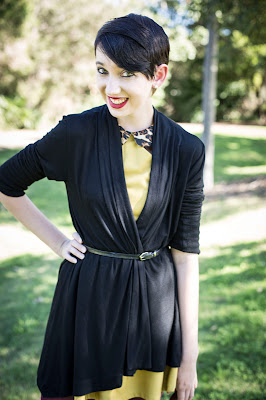 The first weekend back in Brisbane was surprisingly warmer than I had hoped it would be, although I still felt the need to layer up. I'm feeling attracted to asymmetrical shapes at the moment, hence the way I've thrown my cardigan on in an unsymmetrical fashion. I picked up this bag during a stopover at the International airport in Seoul, Korea amongst many other cute Asian trinkets. I could have stayed at that airport for days as the people and the merchandise reminded me so much of my time in Japan way back in 2008. 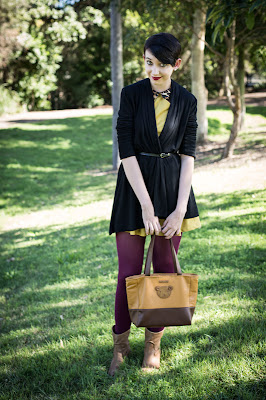