Feet on the ground... 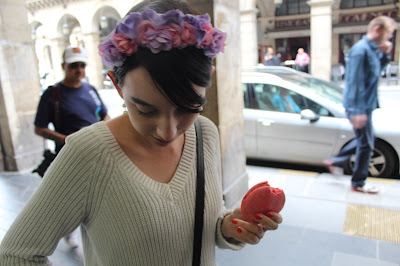 I'm not a big fan of heights. I've been known to get queasy whilst looking down from an escalator. Before heading over to Paris, people kept telling me "I just had to" go to the top of the Eiffel Tower because it was "an amazing experience"> Hm, for someone with a clinical phobia of heights, who gets queasy in shopping malls, I had a feeling it wouldn't hit quite the same chord on the amazing scale for me as it did them.

The day were went to the Eiffel Tower it started off quite chilly, but it wasn't raining which was surprising for Paris. I wore my cute little Parisian printed dress by Kristen at Dickybird, with a floral headdress from Evelyn Curtis and some knee high socks. 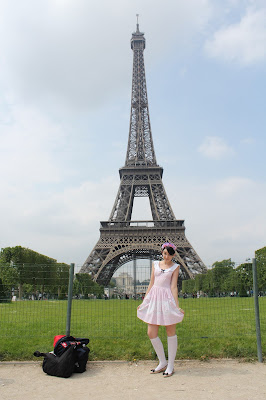 We took a tour bus around central Paris to see all the "big sites" before finishing up at the Eiffel Tower. A couple of people were keen on making their way to the top and managed to persuade me to go up to the second level (not quite the top but high nonetheless) as it was already included in the tour bus ticket. Now I can say I went up the Eiffel Tower, and saw the tiny figurines of Paris below me, even though I didn't last up there long. 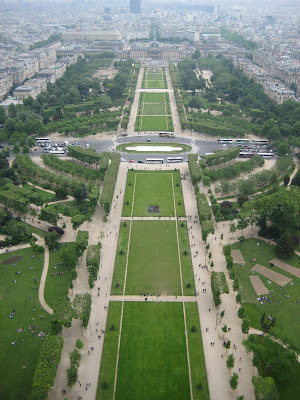