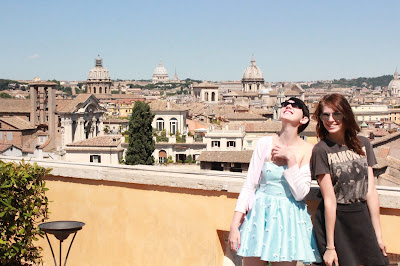 I found myself in Rome, an ancient city of which I had studied, dreamt and anticipated. It was hot, but the air was not sticky and humid, and the nights brought with them a cool air that I embraced. I was there for just over a week and during this week, I shopped, I ate, I explored and I reflected on what this great city once was and what it had transformed into. All around the city there are glimpses of different times, from the Ancient Roman forum, to the Trajan era, to the medieval ages, the Renaissance and the ages of great war and of great peace. One of my favourite ladies, Tiana who hails from Scotland, met up with Alex and I in Rome for a few days and these photographs were taken one hot summer's day in the area of Rome dedicated to the Ancient ages. 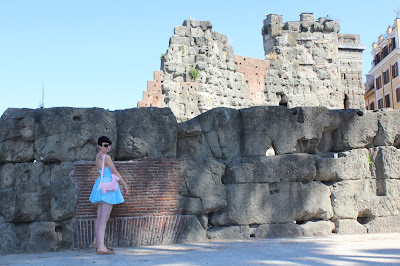 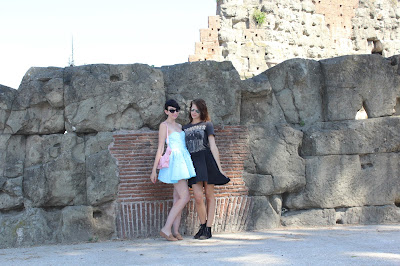 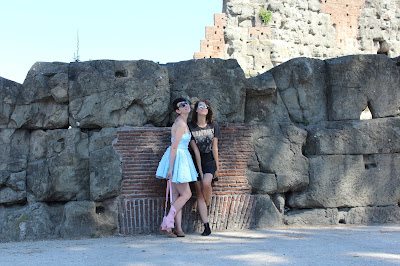 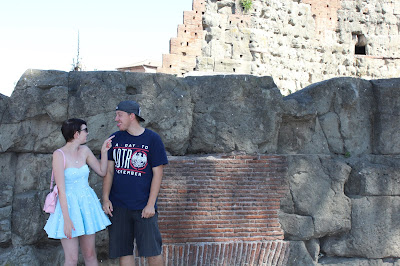 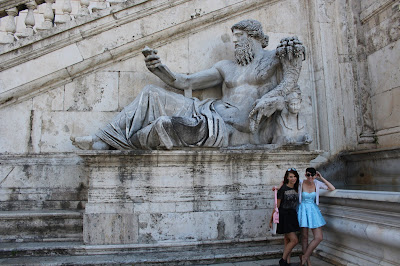 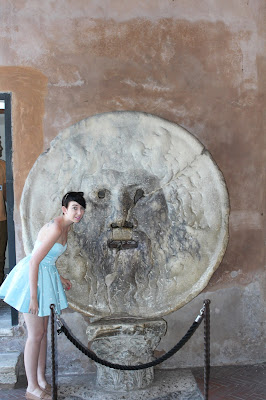 This last photo is of me next to The Mouth of Truth, which starred alongside Audrey Hepburn in the 1953 film Roman Holiday. Only thing missing is my very own Gregory Peck to scare the living daylights out of me, like in the scene below.