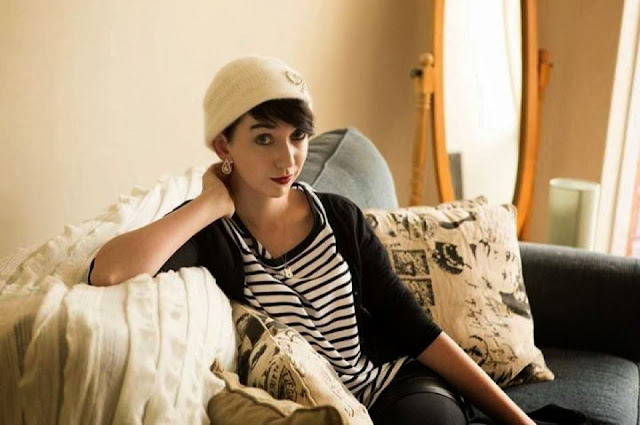 It's ridiculously, outrageously painful to idolise someone who you know you can never be, but at the same time it's exciting to imagine yourself as a version of that person, without losing your own self by replicating every detail.

This is how I feel about Audrey Hepburn. She makes me think of the rainbow after the rain, of the first drink after a long run, of unwrapping gifts at Christmas time. Every time she slips into my mind, I smile, and not just because she's beautiful but because she is the one woman alive or dead who I dream would save a seat for me in heaven so we can talk about dancing with Fred Astaire, the disappointment of Dover and sing la Vie En Rose. Oh how fabulous that would be!

My fixation with Audrey began when I was in primary school, probably at ten or eleven years old. My dad used to sit me down on the weekends and "educate" me on the classics. We'd watch films like The Seven Year Itch, To Kill A Mockingbird & Rearview Window, over banana smoothies and popcorn. 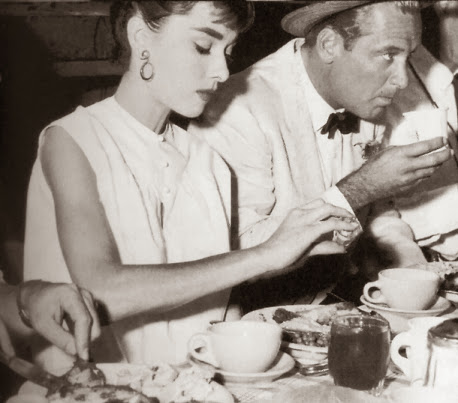 One afternoon dad put on this film about a poor street urchin who became a proper lady who dreamt of being a teacher. no we didn't manage to finish My Fair Lady in one sitting, as it was quite possibly the longest film he had ever made me watch with him, but it didn't take long for me to hook onto Eliza Dolittle. She was pretty, silly and crude and I absolutely fell head over heels in love with her. The moment she shouts out for Dover to move his bloomin' arse at the races, is still one of my favourite cinematic moments of all time.

Next thing I knew we weren't focusing on an array of different classical films, our focus moved to Audrey Hepburn films. We watched Sabrina (still my favourite), Roman Holiday, Breakfast At Tiffanys, War & Peace, Charade, Paris When It Sizzles, Funny Face, Two For The Road, and the list kept on growing. Still to this day if my dad finds an Audrey film we haven't watched he just gets it for me to add to my now quite extensive collection. 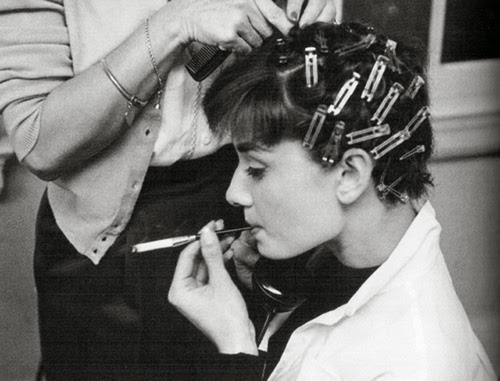 There's just something about Audrey that calls to me. I love her funny face, her smile, her humbleness, her skim figure, her big eyes, her voice, her dancing, her enthusiasm for life, her charity... She had so much pizzaz, it really should have been bottled and made available to current actresses who just don't have that edge.

There are some things I do that I know in my heart Audrey would definitely question. I have tattoos, I'm not very good with moderation (if there's a block of chocolate in front of me I won't stop at two pieces, I'll polish off the whole thing) and I have this desire to constantly surround myself with people. 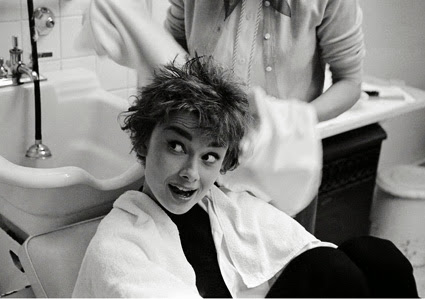 Audrey did after all believe your body is a temple and you should treat it with respect, and as a result never even had her ears pierced, let alone tattoos. More than once, she was reported saying she had two squares of dark chocolate every day for health and just a little sweetness.

Lastly, Audrey was an introvert, surprising as it may be. My inspiration would rather spend her Sunday sitting under a tree with a good book then busying herself about town with friends and acquaintances. It baffles me to think that Audrey would spend so much time alone, up until her first son was born. We're polar opposites in the respect that if I were as fabulous as her I would constantly be spending my time with other fabulous human beings, being fabulous. I am trying to be more like Audrey as I age, so that one day I can be just as happy with my own company as she once was with hers. 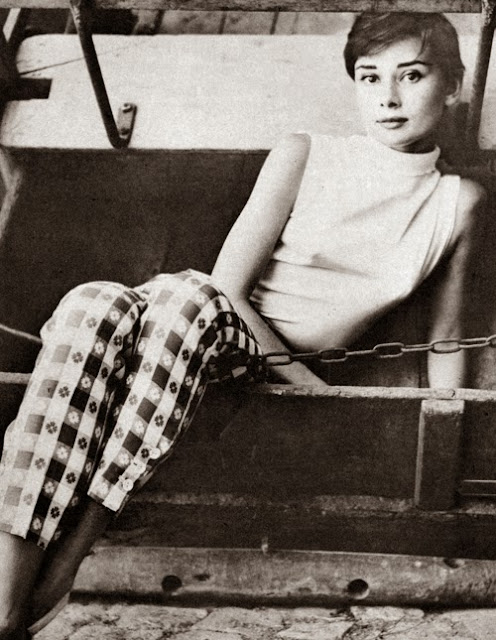 I often have people compare my appearance to Audreys. Even when I was strutting around in a layer of fake tan with my California babe blonde hair, I would have people stop me to say I reminded them of Audrey. It may have been what I was wearing, because it definitely wasn't my body or hair. The comments increased when I went brunette and intensified when I began to cut my hair shorter and shorter until it became the pixie cut you'd find her sporting in many of her early works (she first sported a pixie do in her first major film Roman Holiday).

I feel that now, with my copper hair, I have pulled away from being an Audrey doppleganger just a little bit. Since changing my hair colour I have still had "Audrey" compliments, however the change has made way for people to align me with other household names focused more on the world of punk or making money via the alternate scene. One day I'll have my Audrey do back, but for now I'll focus my energy on adoring Audrey, and aspiring to remind people of her in other ways. 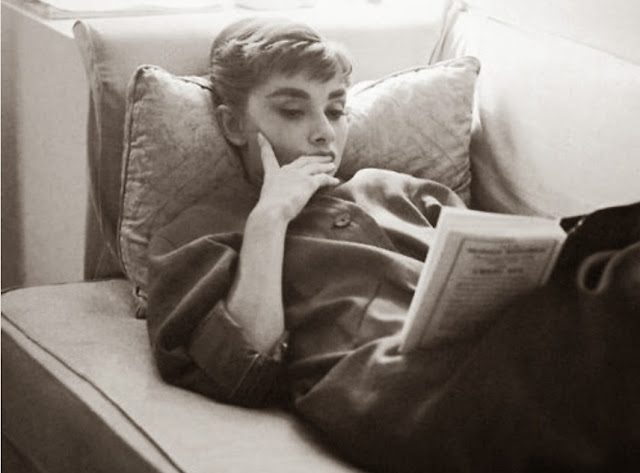