The Power of Sunday 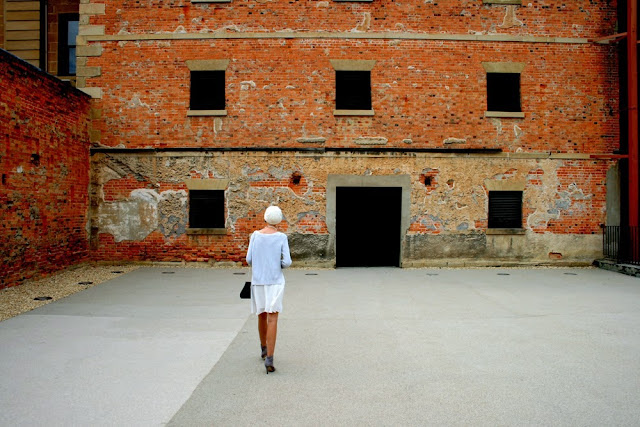 I’ve had a handful of email queries recently relating to my “wanderyear” that officially began in January and has been partially shared on social media platforms Instagram and Facebook, as well as on Fashion’s Sweethart itself. I think there’s no better time to give you a little more of an insight than whilst in an airport terminal awaiting the boarding call for my next flight, this one to my new home Melbourne.

This decision for 2014 to be a year of wander, exploring the amazing cities and special pockets of Australia, was probably first considered upon my return to Australia last year after my first trip to Europe. I had spent four blissful weeks getting lost, learning new things, making new friends and focusing on what was right in front of me rather than the distractions of social media, work and everyday errands such as laundry. It was fantastic, but returning home meant returning to routine and these ongoing distractions. I was certain that that wasn’t for me and alas within a fortnight of arriving back in Australia I had flights and accommodation booked for four days in Melbourne with a girlfriend. A Byron Bay weekender and short stay in Sydney were quick to follow suit. I was buzzing with activities to plan, people to visit and shopping districts to make my maiden.

I also found a difference in the way I approached my spare time in Brisbane. Gone were the days of lazying around watching Friends in between loads of washing. After all we only have an X number of Sundays to enjoy, so why waste them doing laundry? Suddenly my over-organised persona shifted to the next level and all I wanted was new. New places, new food, new adventures, new friends. If it weren’t for my somewhat “awakening” I wouldn’t have driven up to Mooloolaba purely to try a Gluten Free café that happened to have waffles on the menu, or gotten lost heading to an evening at QT hotel down the Gold Coast and ended up in Tweed Heads. I wouldn’t have gone strawberry picking or done the countless other activities that I stumbled upon via letter box drop phamplets and tourism sites such as Urbanlist.
Some of my friends relish the opportunities I present to them, others are happy to watch from Instagram and many just don’t understand why I find it so difficult to have a “lazy Sunday” at home. There are some who have introduced this concept into their lives too with their own adventures and I enjoy swapping reviews and tips with them over brunch, usually French toast.

The other unexpected factor that lead to my year of wander, was my shock car accident I had late last year, in which I lost my car but gained a little perspective regarding living life to the fullest or “Yolo” it’s been popularly coined. When I moved past the shock of the accident, I made a decision to harvest even more energy into living life, exploring my surroundings and getting lost in an ever changing world. Instead of replacing my car with another one, I replaced it was a goal. One year, twelve months, I would adventure from outside Brisbane for a minimum of one weekend a month. It’s been just over four months now and I have wandered away to Melbourne, Byron Bay, Hobart, Adelaide, Surfers Paradise and Sydney, along with other one day trips from Brisbane.

I’m not trying to be like many of the high calibre bloggers of todays world, jetsetting as a means of business, although I do often take travel tips from those bloggers. My wandering is purely driven by my desire to explore, learn and experience. Last weekend, I spent a good two hours of my Sunday sitting in a hair salon chair in Bondi, Sydney discussing supermarket chains with a colourist on a working visa from England who had quite frankly seen more of Australia than any Australian I’ve ever known. The Sunday prior to that I was indulging in a high tea in the whimsical location of Mount Tamborine, before getting lost on a mission to locate fudge, and happening upon some of the most delightful antique collections I’ve ever seen.

If I were to have my pick of Sundays, it would well and truly be the day I got to feed a lion in Richmond, Tasmania. This was spontaneous, surprise activity, that sort of just happened. I was aware that Zoo Doo had a white lion breeding program, and that information was a major prompt for adding to our Hobart itinerary, however the option of feeding one was only brought to my attention whilst watching a zoo presentation, where the keeper turned to her audience with a knowing grin and suggested the big cat was hungry and she needed our help. The limited amount of time between her suggestion and having to feed the lion probably helped my nerves as there was literally not enough time to think twice, let alone break a sweat.

All of these amazing things have happened on a Sunday in Australia. I’ve been able to attend my day job with little disruption, although occasionally I end up running to the airport from work or vice versa. I’ve also never missed a flight, touch wood. If I had the resources and the flexibility to travel overseas more often I probably would, but for now I’m happy exploring my backyard and I’m looking forward to the experiences I’m sure to have each and every Sunday whilst getting to know my new postcode. For now, I’ll be wandering the suburbs of Melbourne, keeping my suitcases at home, but my diary wide open to potential and I’ll try to capture it, if only but a few Kodak moments, to share with you.

Where is this Sunday taking you?