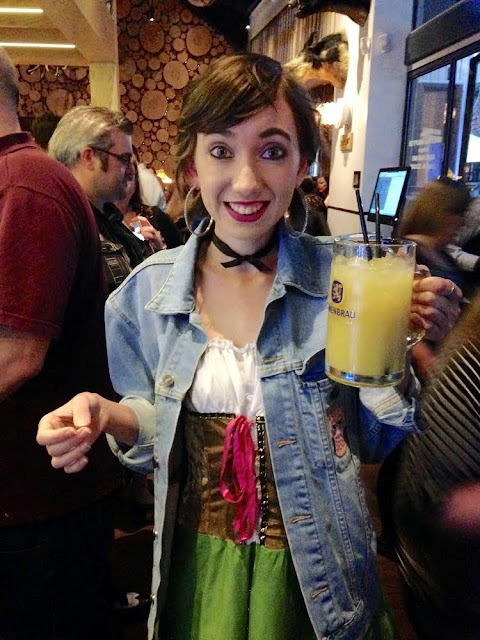 Back away from the pretzels.

Ignore the smell of pork knuckle.

Does this sound like a fun Oktoberfest experience to you? Perhaps not, but I'm pretty happy to push aside expectations. It's all a sober coeliac can do really - in amongst the cheering, sculling and meat eating that resignates with the annual holiday. I don't believe in overriding my diet simply for a little bit of fun or to "fit in" with the norm, especially when gluten makes me really, really ill and I'm ten months in on my year of sobriety (which feels pretty fantastic). Plus I don't eat much meat, having been vegetarian (and at one point vegan) for a large portion of my adolescent/adult life, so pork knuckle was off the table as well. I am a fan of bacon and fish however, so that came in handy too.

This Oktoberfest was spent with my fantastic boyfriend Jarrod and my dad at the new Munich Brahaus down at South Wharf.

I tried my hand at a serving of natural oysters, followed up with a delicious Grunkohl (sauteed kale) and a side of green beans and bacon. Had I of also gone the vegetarian route I'd have had a large serving of Kale and a side of potatoes, but the idea of oysters along South Wharf was just too great an opportunity to pass off. I downed a small jug of pineapple juice and chatted along with my lovely dinner party and our German waiter, which made the experience feel just that little bit more genuine. My dad also decided to tell a travelling music troupe that it was my birthday (which it wasn't) so I was serenaded in front of the whole bier hall. 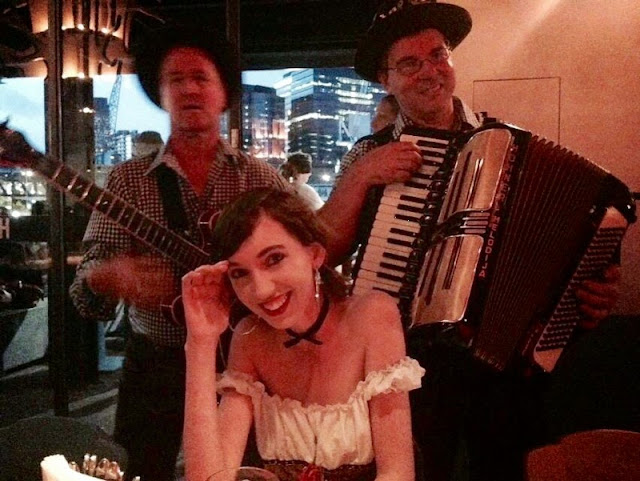 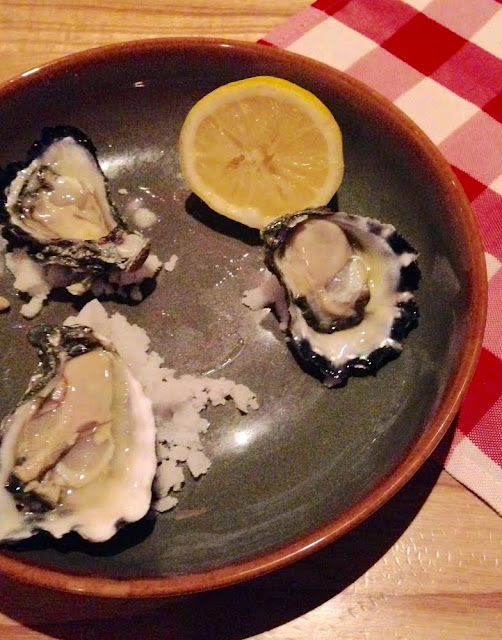 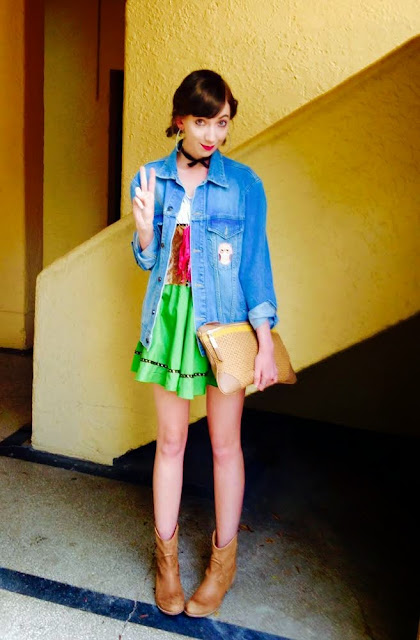 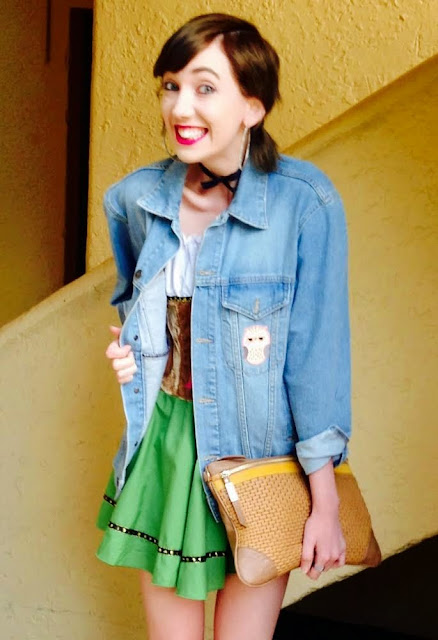 This little outfit was purchased on Ebay for last Oktoberfest at the RNA Showgrounds in Brisbane. This year, being a little cooler in Melbourne I paired the ensemble with my tan boots from Milan and denim jacket from Asos UK. My clutch is from Carpisa in Milan. 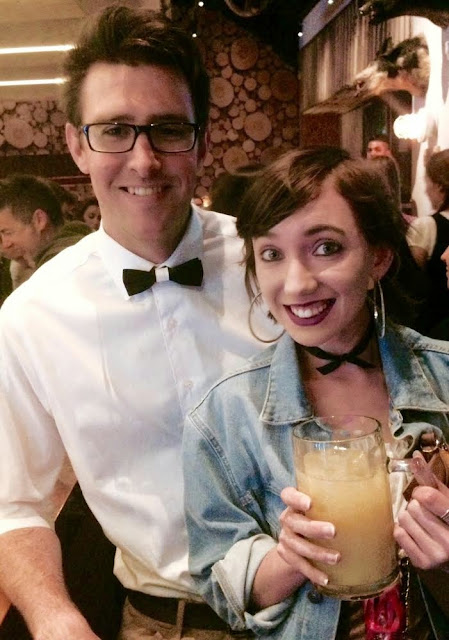 Jarrod is the perfect accessory for any event.
Look how suave he looks in his bow tie!!!