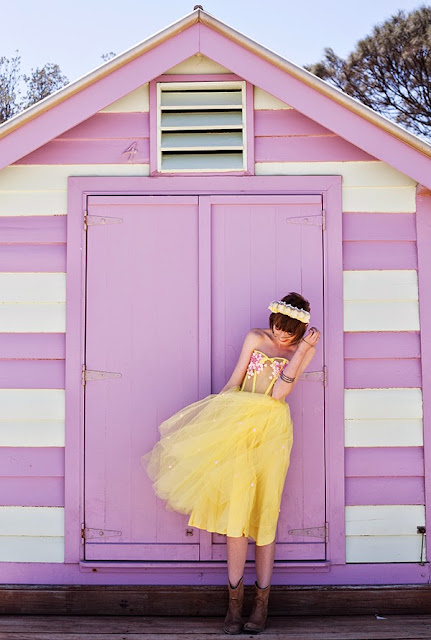 What better word to sum up the past year than Experience. It's been another mammoth year full of change and adventure, combined with moving cities, changing jobs, meeting the man of my dreams and somehow fitting in travelling all over Australia for my self-appointed Wanderyear challenge. I've paired this years wrap up with the last set of images from my collaboration for I Found Lucy because they so perfectly depict how i am feeling right now. This year has been terrific and although there have been hurdles, the triumphs have outweighed these by plenty!

Where have I been? Well right now I'm sitting in a quaint cafe, somewhere between the Colosseum and my current place of residence in Via Veneto, Italy, taking in the rejoicing of the locals and tourists, prior to the chaos of the New Years festivities. I've got a cappucino in hand, which may well be replaced by a glass of red wine tomorrow, as I would have completed the other challenge I set for myself this time last year, one year of sobriety. To say I farewell 2014 victorious would be an understatement. 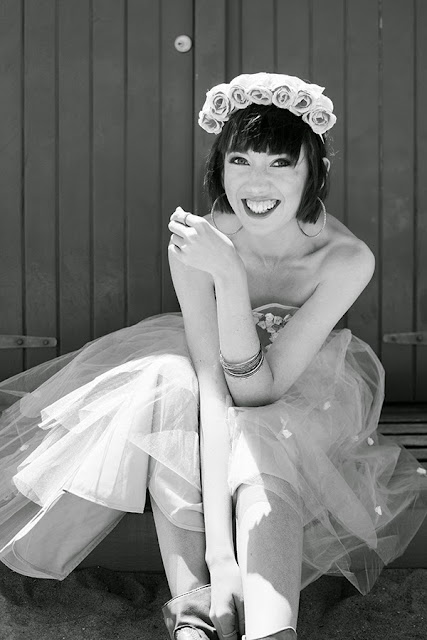 I've also been to all Australian capitals, with the exception of Canberra and Darwin, including popping my Perth cherry, and then returning twice since July. I've made my way up to Townsville and Cairns, for work related purposes, and down as far as Hobart, both for work and for play. My adventures around Australia have been a mixed bag, some trips to visit friends or relatives, other times weekends away with loved ones.

I thoroughly enjoyed my time in Hobart in March with my friend Elise, where I actually got to feed a female lioness. I'm a major animal enthusiast and as lions are my favourite, this was an experience that simply can not be matched. That feeling, is second to none. Though riding a camel at Australia Zoo in April was pretty awesome too, as is my new routine of feeding the ducks at Albert Park, only a stroll from my new home in St Kilda, Melbourne.

St Kilda, whilst on the topic, is truly a remarkable place, and I have found my home there. Over the years I've been fussy like goldilocks, testing out different neighbourhoods, and I've finally found one that's Just Right. Of course it helps that I now live with the most amazing man on the planet. Seriously, someone has managed to trump my dad as my favourite man, and that's a miracle in itself, as I've been dubbed a daddys girl many a time over the years. 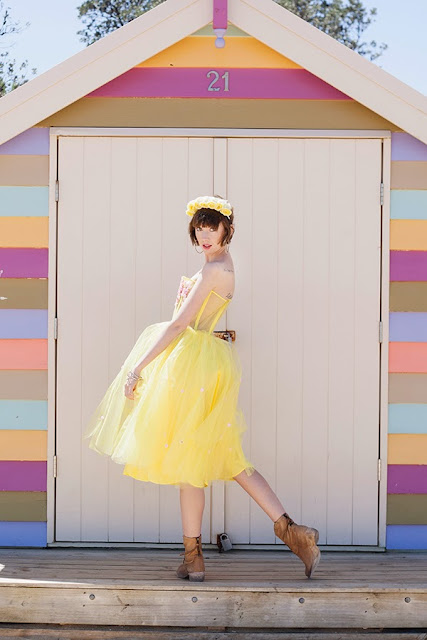 I moved to St Kilda in May this year, shortly after being offered a job in Melbourne. My life was a bit up in the air at the time and I was eager to start afresh, plus my best friend Zachary had moved south in January and to say his move didn't prompt mine would be a big fat lie.

Moving states has refueled a desire to explore my surroundings, from the city I live in to far beyond and those between. Some of my favourite little adventures around Victoria have included trips to Ballarat, Phillip Island, Mornington, Dandenong Ranges, Bendigo, Lorne and those little nooks along the Great Ocean Road. I went to many an art gallery exhibition or fashion showcase, including the group shows of Melbourne spring fashion week in September.

I also jumped out of a plane!!! Yes, for those unaware Jarrod bought me a Skydiving experience for my birthday and oh my goodness me, whilst the free fall was the most terrifying minute of my life, gliding was absolutely sensational and I will no doubt do it again sometime. At the time it was kind of a "so you're throwing me out of a plane, should I be worried?" but nevertheless, without Jarrod I probably would have never had the courage to actually jump.

Although St Kilda holds my heart, I've managed to fall head over heels for Brunswick and Richmond, seriously my go to suburbs for anyone after a little Inner City romance, from the food, to the art, markets, boutiques and fashion. These suburbs are my favourite hubs when I'm keen to chill somewhere other than down the road from my apartment, and I happen to have made a few friends around these joints along the way. Two friends, Sam and Sophie, who hail from Brunswick, actually moved to Scotland shortly after our first encounter and met up with me in Berlin for Christmas last week. What a swoon of a time that was. 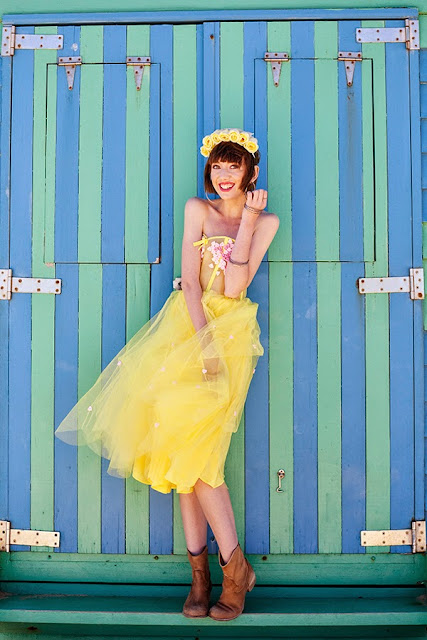 The first half of this year I was predominately single, focusing on work and on putting the other pieces of my life puzzle together before incorporating another human. I wanted to decide what my "deal breakers" were, and what I wanted in my life. My man Jarrod came into my life when I was ready for him. A time of my life where I was ready for a "big love", a team mate and a life companion, but I'll share more on that in the weeks to come.

This year was about growth, experiences and getting to know myself. Moving cities with as little as twelve small boxes achieved that. I wanted to grow and become even more independent, educated and adventurous. I wanted to let go of the little things I once stressed about, and I really wanted to de-clutter everything (from material objects, to desires, to people). I've never been a hoarder but this year was definitely about adapting to a more minimalist lifestyle. I don't have a microwave or wifi in my apartment. I went for many months without a sofa or couch, and I still haven't gotten around to getting television reception since my move in May. What have I found as a result? I never needed those things. They're not like a mattress or shower, they're just "extra stuff". Thankfully, Jarrod is completely on board with my minimalist approach and hasn't swarmed into my life with a truck load of unnecessary clutter.

My friendships have also adapted over the year to compensate for me not being as accessible as I once was. Some people have trickled off the radar, others have taken the chance to visit me, whether it be for a day or two, or for a whole week. This time next year I'll be a "Mrs" which I couldn't be more excited, amazed and content with. I'm eager to see how my relationships will change once my last name does, as I'm sure they will.

Jarrod and I have adopted a little bunny, named Miss Cadillac, and she's already given us so much joy. I've liked the idea of a pet rabbit since moving south, as Queensland is set in their ways and still regard them as pests. Cadi stole our hearts the moment we saw her, and it wasn't long before she was a part of the family. 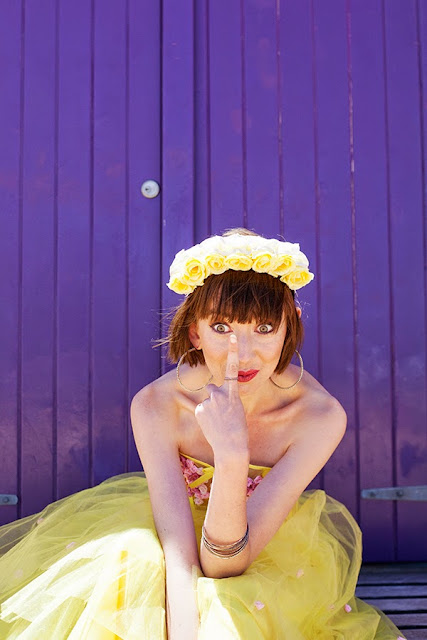 Looking over the statistics and traffic sources for the blogs interactions over the past quarter I am simply amazed, astonished and utterly delighted. Thank you to everyone who has taken an interest. Welcome to new readers and a big hug to those who have been following for years.

The day I published my engagement to Jarrod on the blog I was overwhelmed with upward of seventeen thousand people plugging in to the excitement. This was the largest traffic over a 24 hour period that the blog has ever received and launched the blogs all time visitors (since 2010) over the 3.9 million line. Yesterday I was so excited to find out that the blog had hit that milestone of 4 million visitors (based on IP addresses). Thank you!!!! You're all absolutely amazing. I was in Tromso at Riso cafe with a coffee, checking the statistics and I had to make an emergency call to Jarrod back home in Melbourne to share the news because I was feeling, to be frank, a little faint.

As the blog changes I have noticed that so too does my audience, from where they are tuning in from to what sorts of things they search whilst on the blog. The most searched phrases were actually "boyfriend" and "rome" which I don't mind at all. If that's what you're after get ready for posts about my man and Rome. They'll be in abundance in the near future. Remarkably my readership over the past quarter has predominately come out of Israel and, no surprises here, Australia. A worthwhile excuse to visit Israel sometime in the near future? I won't lie. It has crossed my mind. 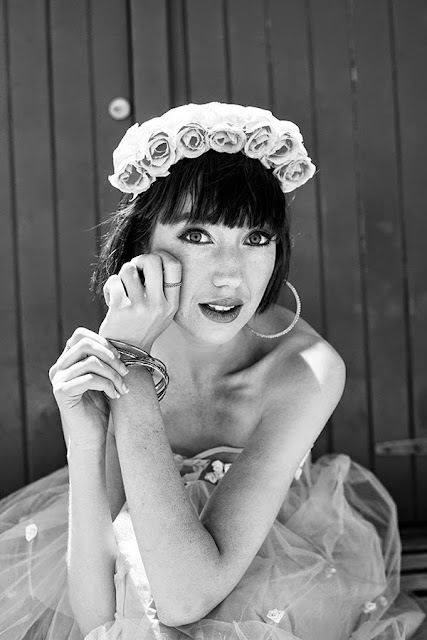 I've already got various mini breaks booked for 2015, as there are some mighty wonderful celebrations to travel interstate for. I also now have a wedding to plan, as well as Jarrods 30th birthday. I may also have to tick Canberra and Darwin off my list, as they didn't quite make it this year. It is going to be a wonderful year and I'll make sure to keep you all in the loop. As for now there's a bowl of olives with my name on it, and I simply can't keep them waiting. 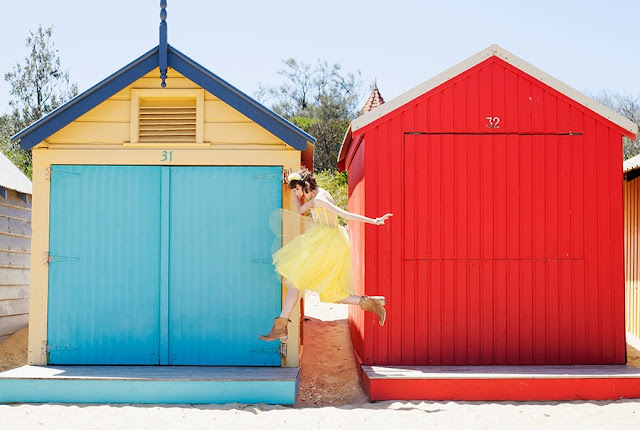