"Lucky" is a dirty word 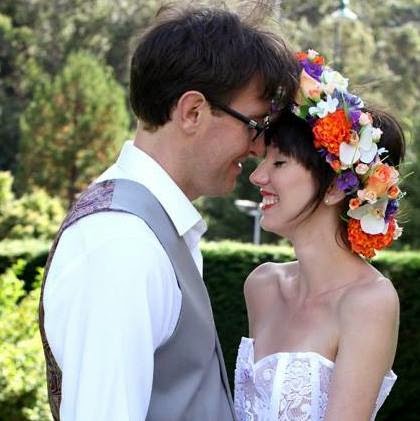 Last week I hit a tipping point and I was feeling this vortex swarm in on me, not because life is bad, dull or I have anything to feel distress over, but merely because the word Lucky kept popping up in daily conversation and I was beginning to feel the weight of this word. I'm always so fascinated about how much words can affect us.

Lucky is one of the greatest insults the English language has given us.

The Cambridge dictionary defines Lucky as: having good things happen to you by chance.

For some the first reaction would be a big No right? Because every one of these people has worked for something, put in the hours, the heart and the willpower to reach their goal. Yet we are using this word as a blanket term to congratulate someone day by day, which somehow deflates all the hard work our friend/relative/colleague has put in.

We're minimising their success by referring to it as something that merely happened to them by chance.

I don't think I was lucky to have travelled and studied overseas, both my own hard work and that of my parents (whose help enabled me to go to Japan back in 2008), was what took me there.

I don't think I was lucky to have met my husband, we were both ready for a big love and we put that out there into the universe; but neither of us sat back and waited for our soul mate to appear, instead we actively searched, and we found each other, and we made time for one another. I gave and continue to give my love, appreciation and time to this beautiful man.

I don't think I was lucky to land my job, I worked very hard at jobs, many of which bored to tears, to land this job. I got rejected from jobs I applied for. I got dressed up for interviews. I met with recruiters. I updated by resume, my linked in and I was persistent, no matter how far the next step appeared to be.

I don't think I am lucky to be slender, I don't eat alot of processed foods, much of which I can't eat anyway because I have Coeliac Disease. My condition affects my lifestyle and in turn affects my figure, but I would never consider this to be some form of luck.

I don't think I was lucky to move to Melbourne, a sequence of things happened in my life early last year which resulted in me deciding that I needed a fresh city, fresh opportunities and a fresh new start. I bunked in with my best friend who had just moved to Melbourne, had job interviews via skype, offloaded almost a whole house worth of possessions to charity and spent my hard earned wages on signing a lease and filling an apartment from scratch.

I feel so blessed, every day in so many ways, but lucky I do not feel. I feel so accomplished, every day in so many ways, but luck doesn't play a part. I don't believe in luck. I believe that we all need to be accountable to ourselves, our goals, our desires and our path. We shouldn't leave life up to chance, because if we rely on chance or luck we'll find we're heading nowhere and fast. Opportunities come and go, but you have to put in the work for them to show up in the first place.

I ask that you join with me in throwing away this term; this hideous insult and live in a world where congratulations doesn't come in the form of a back handed compliment.