Cultural Appropriation: Where Is The Line? 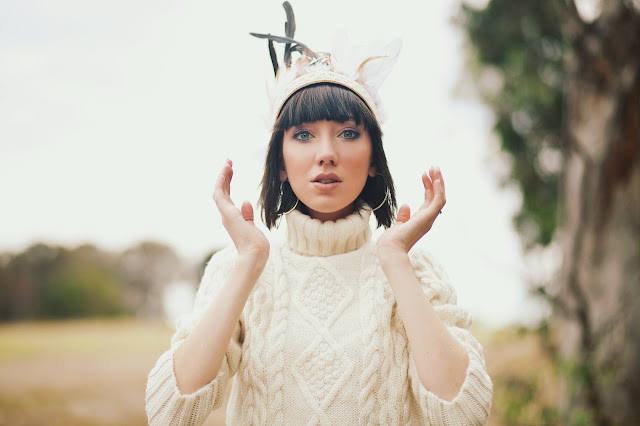 These two buzz words Cultural Appropriation are making some pretty significant waves at the moment, and the debate about what it is, why its wrong, or why it isn't, has been going on for years! Personally, I've been guilty of cultural appropriation, and I'm sure I'll do many things in the future which may be perceived as such.

Here's the thing, I eat tacos and tofu, I wear hoop earrings and turbans, I have a tee pee in my apartment. I listen to french music, as well as hip hop and jazz. I meditate. My apartment is decorated with Day of the Dead skulls and I have worry dolls. I wear paisley and I love fringing.

So what of the above is cultural appropriation? If there was no grey area, all would be deemed cultural appropriation. But, as with most things it depends on who you ask, because just like any other form of social discourse, such as sexism, its all about perception. When researching a definition of the term, its plain to see that these buzz words and their meaning are still in debate.

Oxford Reference defines Cultural Appropriation:
A term used to describe the taking over of creative or artistic forms, themes, or practices by one cultural group from another. It is in general used to describe Western appropriations of non‐Western or non‐white forms, and carries connotations of exploitation and dominance

Urban Dictionary defines Cultural Appropriation:
The ridiculous notion that being of a different culture or race (especially white) means that you are not allowed to adopt things from other cultures. This does nothing but support segregation and hinder progress in the world. All it serves to do is to promote segregation and racism.

Minh-Ha T Pham, an assistant professor at Cornell University in New York, has given alot of time and effort to matters of racism and sexism, especially within the realm of fashion. In an article from last year, she turned the tables on those critics calling out designers, musicians and the like for committing acts which could be construed as guilty of Cultural Appropriation. ...there’s a big problem with critiques of cultural appropriation. They reaffirm the very thing they intend to oppose: white Western domination over and exploitation of culture at the expense of everyone else. I recommend you check out the rest of the article here.

So, what do we get out of calling out Cultural Appropriation and criticising those we condemn as culprits when we're out stuffing our faces with quinoa and using google translate to come up with an exotic French phrase to caption our instagram post with?

So why are we doing that? Why aren't we looking beyond calling someone racist for wearing a feather headdress, and instead start by educating ourselves about the culture they are appropriating? Change doesn't happen overnight, and the easiest place to start is within ourselves, so get educated and then spread the word. Don't use it as a way of criticising someone, so that you can feel bigger and better about yourself. That's not going to stop social discourse, racism, sexism, the lot. That's just pulling people down, and isn't that what social discourse does? How is criticising someone for the way they dress or act possibly going to change our society?

Whilst at the markets recently, I couldn't help but notice the amount of people who were selling symbols of their non-white culture for profit. Headdresses, Henna, Woven Bracelets, Folk Dancing Classes were the primary culprits amongst many things. Here someone is opening up their culture to others, and as interested consumers we are purchasing the goods, but when we wear them, suddenly we are thieves oppressing the person who sold us the goods in the first place.

Another time I was talking to a lovely Indian lady about how she felt about Henna being popularised by Western culture. I loved her response. She said It doesn't bother me and why should it? If people were using it as a joke it might upset me, but they are sharing it as something beautiful. We should all embrace each others cultures. That's what multi-culturalism is isn't it?

She raises a good point. Here we are priding ourselves on being multi-cultural one minute, and the next we are criticising someone for wearing a feathered headdress or a bindi on their forehead.

History shows us that we are a species that excludes and judges, as some sort of survival of the fittest. At work, at school, in relationships, in our extra curriculars, we always strive to be better, do better, beat our personal best. Why not treat equality the same? Let's focus on get better at inclusion, and looking for opportunities to endorse equality, rather than continue to oppress others. Let's learn from past mistakes humanity has made.

Now back to what Cultural Appropriation actually is...

Amandla Stenberg sums up cultural appropriation of black culture with the simple example of cornrows (below).

What stays with me after watching Amandla is her statement about loving black people as much as black culture. This is what resonates with me when it comes to cultural appropriation and discourse in any sense.

I've written some controversial things on here in the past, but this may be one of the most controversial. Cultural Appropriation isn't the issue. I think we all need to see one another as equal. There needs to be equal opportunities for everyone, regardless of age, sex, religion or race. That's the real issue here. If we didn't have oppressed cultures then cultural appropriation wouldn't even be a debate.

I am guilty of cultural appropriation but I am okay with that. I respect the cultures I have shared and I am constantly educating myself on the significance of the symbols I have taken for myself.

Let's treat one another equally,
no matter where we came from,
who we pray to
or what we wear.