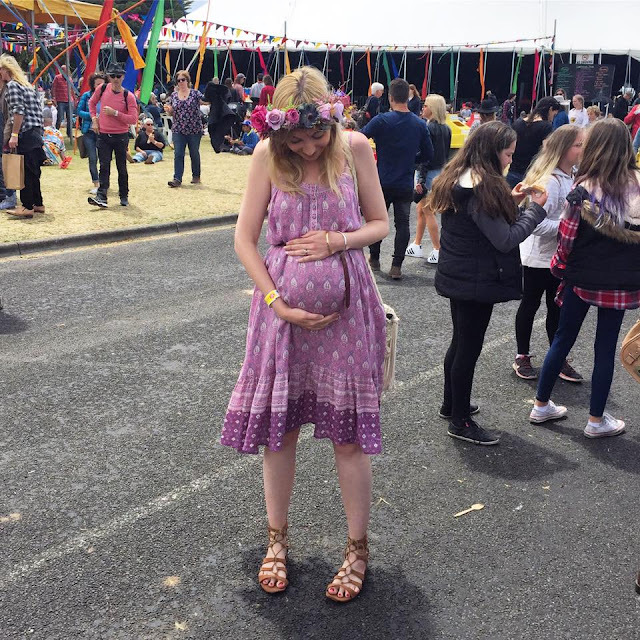 It's been a while since I've written a pregnancy reflection, and here I am finally looking to the second trimester, whilst I am almost half way through the third trimester. Better late than never you may think? Well, I'm usually the sort that thinks if you're going to be late why bother at all? Being punctual is something I have always commended myself on, and yet because of foggy pregnancy brain, a lengthy to do list and trying to wrap up my studies before our little girl gets here I've let the story telling slip.

Thank you to everyone who has been so considerate and understanding these past few months. To the friends I've forgotten to text back, the colleagues I've repeated the same request to and my darling husband who has dealt with the brunt of this so called pregnancy brain. Seriously without Jarrod I'd be more of a mess than I already am.

The second trimester was plagued with more nausea and morning sickness, like a never ending hangover without the exciting story behind it. I had been told new symptoms would rear their ugly heads, and that I'd start to really POP and whilst these were true, the others symptoms did not subside as predicted. I had intense migraines that would last for hours, only to be relieved with a nice big upchuck. I experienced the first signs of braxton hicks and uterus cramping. I spent many a morning dreading the staircase at work which more often than not plunged me into a dizzy, pre-faint state.

Yes, pregnancy is beautiful. Seriously it's amazing and incredible, and there's nothing quite like it. The feeling of being so tired, so sore and so faint that you could almost collapse into a heap and sleep for days, paired with the little kicks and fist pumps from within that make you feel like a super hero.

Waiting for the end result, the prize that will make this nine month battle worth it, and will have me questioning why I ever dared complain.